This is the 3rd generation of Ring’s Video Doorbell they’ve made some improvements over their previous doorbells. They have upgraded the connectivity of the WiFi to the router to 5.0 GHz. But if 5.0 GHz doesn’t work because of interference you can switch it to 2.4 GHz which is not as fast but has less interference.

The motion detection has also been upgraded and now has adjustable motion zones. It can detect motion within 5 to 15 feet of the doorbell. The Video Doorbell 3 has a rechargeable battery pack or it can be hard wired for continuous power where your existing doorbell is connected.

They have also added customization of privacy zones. This allows you to set zones that you don’t want to record the video or audio. This is a great feature if you live in an apartment or in close proximity to other residents who might object to being recorded.

And due to recent security breaches in the news Ring has increased their security by adding two factor authentication across all Ring devices, including the Ring Video Doorbell 3.

Exclusive to Ring Video Doorbell 3 Plus

The biggest challenge for a battery powered video doorbell is the pre-buffering. That’s the few seconds before the doorbell is pressed or gets activated by motion detection. Some doorbells record the first few seconds then continue recording when an action activates it.

Before, if your video doorbell had pre-buffering it had to be hard wired to power because the pre-buffering relies heavily on power to work. Ring seems to have made an improvement to the Doorbell 3 Plus. The recording has started before you even see an alert. Ring says this pre-buffering will have little impact on the battery life of the doorbell. Ring calls it “Pre-Roll technology”.

It continuously captures images in a lower resolution and in black and white. The lower quality allows the Ring Video Doorbell to run on a rechargeable battery. If there is no event, like a doorbell pressed, then the images get deleted by the new images until there is an event and the Pre-Roll images become a part of the video. 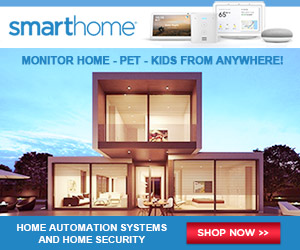 My name is Bill Kiser and I have been in construction for over 20 years, 12 of those years as a door, frame, hardware and access control supplier and installer.

If you need any help you can always ask me on my Contact Me page. I am more than willing to help you select the right product for your needs or just give helpful advice. 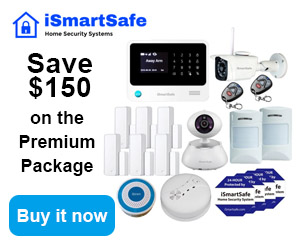 Some products on this site contain affiliate links. I may receive a small commission from purchases made from these links at no additional cost to you. Click here for more information.

The Arlo doorbell cam is a welcome addition to the video doorbell market. Arlo already has a best seller with their very good security camera system. And I was excited to see if their video Read more…

Ever notice that when technology first hits the market it is expensive? Then, as time goes on, someone figures out how to do that same technology and offers it at a lower price. This is Read more…

The SkyBell HD Doorbell Camera is a round doorbell camera 3″ in diameter. You might not have liked it because of the size or it was too wide and didn’t fit on your door’s 2″ Read more…

We use cookies to ensure that we give you the best experience on our website. If you continue to use this site we will assume that you are happy with it.Ok